How did you first get into the franchise industry?

By accident. It was in the late 1970’s and I merged my real estate company with another real estate company that had bought a Century 21 franchise. I had only moved to Canada from the UK a few years before and I didn’t have any experience with franchising as a way of doing business. I saw first hand the benefits of being part of a franchise system as all the other real estate companies in the area were still independent. We gained brand recognition, referrals, training programs for new realtors, and proven systems, which contributed to the ultimate growth of the business. Our success enabled us to add an insurance agency, mortgage brokerage and new home construction. When I moved to Vancouver in 1984 I worked for Peter Thomas who founded Century 21 in Canada. This was invaluable as it provided me with the opportunity to gain experience with different forms of franchising e.g. single unit, multi franchises, area development etc. I left to go on my own as a franchise consultant in 1987 and have continued to provide assistance to franchise companies for the past 30 years.

What are the 3 most notable changes you’ve seen to the industry over the past 30 years?
Probably (a) the Internet, (b) the introduction of Franchise Laws in Canada, and (c) the diversification of the businesses that are franchised.

How has the range of industries operating under a franchise system evolved over the past 30 years?
30 years ago franchise opportunities were mainly food service, real estate, printing centres, automotive, cleaning services and travel agencies etc. Today there are franchise opportunities in many more industries such as education, health, fitness, computer repairs, child care, seniors (in-home care and relocation), corporate training, plus the considerable growth of mobile/service businesses.

Describe the evolution of mobile/services businesses and how they fit the target market?
The growth of mobile/service franchised businesses has been fueled by the customer demand to have businesses come to their home or place of business to provide such services as changing tires, replacing windshields, grooming pets, tutoring services, detailing vehicles etc. A mobile/service franchise particularly appeals to Corporate Refugees (people who are working for corporations and are concerned that they may be relocated or made redundant through mergers or downsizing). The initial investment is relatively low compared to ‘Bricks & Mortar’ businesses (especially if there is a lease package that includes the vehicle, vehicle wrap and equipment), the business is scalable as vehicles can be added as the business grows, the risk of failure is acceptable as the initial investment is lower than a ‘Bricks & Mortar’ business and the franchisee is not tied into long term property leases.

30 years ago, what components would have been included in a Franchisor’s marketing plan?
Franchisors would have had a lead generation program for new franchisees that was primarily dependent on print media e.g newspapers and franchise magazines, and in some cases franchise shows. Most franchisors would have maintained an Advertising & Promotion Fund to which all franchisees contribute a percentage of their revenue. Depending on the size of the fund, the franchisor would use those contributions to promote their brand through advertisements on print media, radio or television. As the majority of franchised businesses were ‘bricks & mortar’ (e.g. restaurants, automotive servicing & repairs etc.) the efforts were based on location based marketing strategies e.g. driving the customer to the business.

Today, what components do you consider essential in a Franchisor’s marketing plan?
Franchisors must have an effective social media program in order to (a) generate leads for new franchisees, and (b) build their brand. What was previously referred to as the ‘Advertising & Promotion Fund’ has transitioned into the ‘Branding Fund’ as more of the funds are invested in social media and website development and less on print media, radio or television. Franchisors also need an effective documented social media and communications policy to define proper usage and behavior for social networking applications for their franchisees, and their franchisee’s employees. The overall goal of such a policy is to protect the rights and privacy of all employees and the integrity and reputation of the franchise system. The growth of mobile/service businesses has changed the focus of a franchisors marketing strategy from location based to customer based, which is more reliant on a number of factors including networking and social media.

What advice would you give a new Franchisor?
An emerging franchisor must have a documented system. In franchising it’s not the ‘product’ its the system that moves the product. When expanding the franchise network, it is critical to ‘cluster’ the initial franchised units i.e. they should all be within 2 to 3 hours driving time. If the franchised units are spread out all across the country (a) there is little or no ‘brand recognition’ or synergy between the franchisees , (b) it is difficult to support the franchisees, and (c) it is not economical or practical to bring the franchisees together on a regular basis. Have a documented growth strategy and stick to it i.e. don’t knee jerk to franchise inquiries from areas that are not part of your growth strategy. Ensure you have adequate capital as the lack of capital is one of the prime reasons for franchisor failure. Be extremely careful about selecting your initial franchisees as their success will be the foundation for your success. 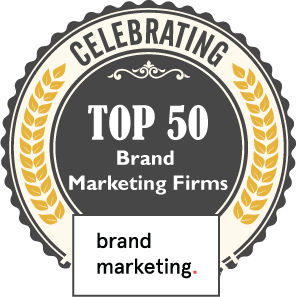